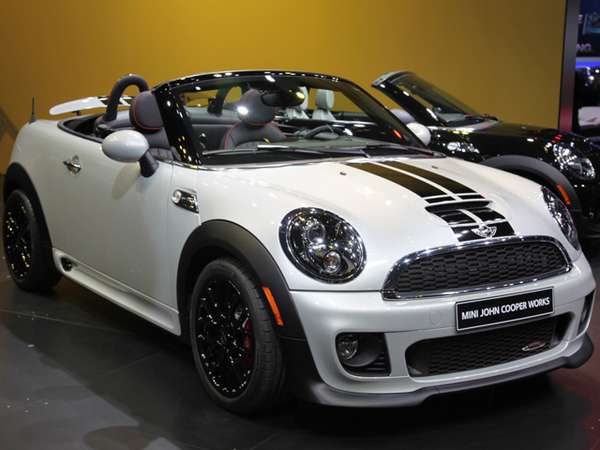 Michael Hines — January 17, 2012 — Autos
References: mini & carbuzz
The 2013 MINI Roadster may not have stolen the spotlight at the 2012 Detroit Auto Show, but it did make a solid and well-received official debut. MINI's latest work is a convertible roadster that looks to capture the true joy and spirit of the MINI.

The MINI Cooper is renowned for its go-cart handling and pickup. The brand has successfully expanded the line to include sportier and more practical models. The 2013 MINI Roadster shows further progression of the brand as it introduces its first niche model. The roadster comes in three styles: Cooper, Cooper S and John Cooper Works. The differences in the models can be found in their engines. The Cooper has a 1.6-liter 122hp; the Cooper S has a 184hp 1.6-liter turbocharged gas, and the John Cooper Works has a 211hp 1.6-liter turbo.

The novelty that was the revival of MINI has worn off over time as the brand has proved that it's here to stay. The 2013 MINI Roadster is proof that BMW's baby brand has a bright future ahead of it.
5.5
Score
Popularity
Activity
Freshness