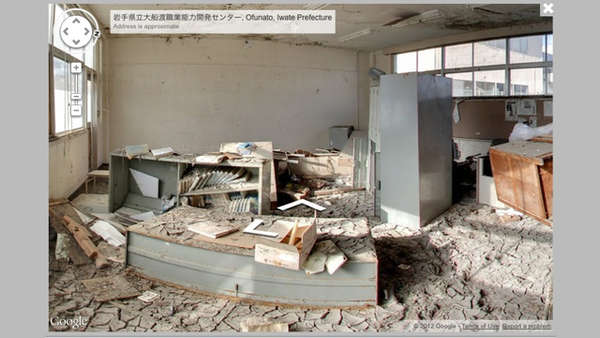 Google's Memories for the Future Remembers the 2011 Japan Earthquake

Elise Ying-Hei Ho — December 11, 2012 — World
References: miraikioku & kotaku
Share on Facebook Share on Twitter Share on LinkedIn Share on Pinterest
It's easy to forget tragic events, especially when they are so far and distant, but Google's Memories for the Future site won't let people forget the events of the 2011 Japan earthquake or any other monumental moment in human history. Through the website, Mirai e no Kioku or Memories of the Future shows countless street views via Google Maps of pre and post earthquake.

The images cataloged on the site are digital archives of the catastrophic events and its chaotic aftermath, not only in the Tohoku region where the 2011 Japan earthquake hit the hardest, but also around the country as well. Google's mission to digitize and memorialize such events not only connect the country's pain, but also shows the world how far they have come since the terrifying event. Such projects should extend to other monumental events, though hopefully, not only the tragic ones.
2.2
Score
Popularity
Activity
Freshness
Get Better and Faster