Create the Future on Six Pixels of Separation 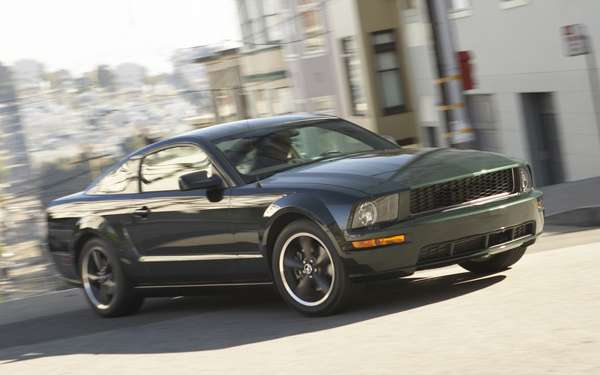 Bianca — November 6, 2007 — Autos
References: autoblog
One of many cars making their debut at next week's L.A. Auto Show will be the 2008 Mustang Bullitt.

"Four decades after hitting the big screen and redefining the on-screen car chase, the Ford Mustang Bullitt returns to the streets in 2008, blending the best Mustang ever with the latest Ford Racing technology," a press release said.

"This modern classic delivers a balance of power and performance, thanks to special chassis and suspension tweaks as well as the 315 horsepower and 325 pound-feet of torque that Bullitt delivers through its 4.6-liter V-8 engine.

"'The 2008 Mustang Bullitt embodies the true spirit of the 1968 movie car,' said Derrick Kuzak, group vice president, Global Product Development. "Like the original Bullitt, this car dials the driving dynamics up a notch for Mustang enthusiasts who love the performance, handling and the sweet sound of Ford power that only Mustang can deliver."

"The 2008 Bullitt arrives in dealers early next year, with a starting MSRP of $31,075 (including destination and delivery) and limited production of 7,700 units."

A Highland Green version of Steve McQueen's original Bullitt will be on display, but black versions will also hit Ford dealers.