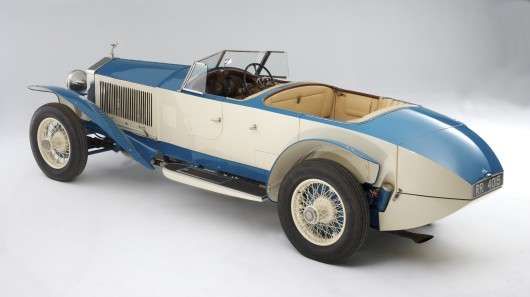 Jordan Sowunmi — May 17, 2011 — Autos
References: rolls-roycemotorcars & gizmag
Share on Facebook Share on Twitter Share on LinkedIn Share on Pinterest
While most concept cars and display-only hybrids that dominate car shows are primarily for show and often can't be driven, the 1926 Rolls Royce 10EX provides a healthy alternative for car fans who are into auto beauty and style, but also practicality.

Assembled in 1926 as the sports car version of the original Rolls Royce Phantom, the 1926 Rolls Royce 10EX was used primarily as a showpiece, staff car, and to transport different international celebrities (like Lawrence of Arabia).