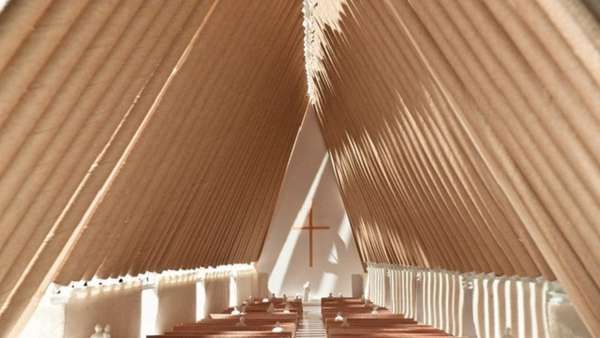 Enter Shigeru Ban, a Japanese architect known for implementing cardboard and paper in load-bearing structures. Ban has been approached by the Christchurch city council to produce plans for a new building intended to temporarily replace the 1864 cathedral. The new house of worship will be made from cardboard, accommodating more than 700 people beneath its 80-foot-tall steeple.

Adding an exponent to the intrigue, Shigeru Ban is including an expiration date for the building: 10 years. You'll hear no complaints, though, as the eco architect is taking on this project pro bono. Let's just hope that another earthquake doesn't hit the city!
3.6
Score
Popularity
Activity
Freshness
Get the 2021 Trend Report FREE