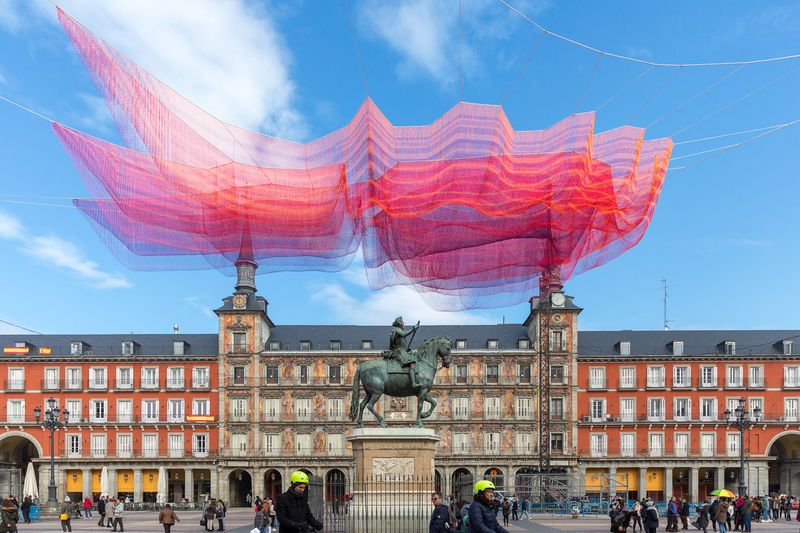 1.78 Madrid hangs in Plaza Mayor, directly above a regal statue of King Philip III of Spain, a crucial monarch who ruled during the height of Spain's empire in the early 17th century. Though it has historical connotations throughout Spain, the installation itself is inspired by time in a different sense. The name, 1.78 Madrid, refers to the amount of microseconds that a day on Earth was shortened as a result of the massive 2011 earthquake in Japan.

Echelman hopes that 1.78 Madrid will bring people "together with art that explores our concept of time."