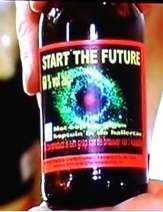 The 120 proof beer is extreme, and can't really be called a beer, in my opinion. To put this in perspective, most alcohol you will by like vodka, whisky or rum is only 80 proof. A 120 proof beer is hitting a milestone that was thought unreachable only months ago. One thing that 'The End of History' has on 'Start the Future,' though, is the taxidermist bottling.
1.6
Score
Popularity
Activity
Freshness
Get Trend Hunter Dashboard