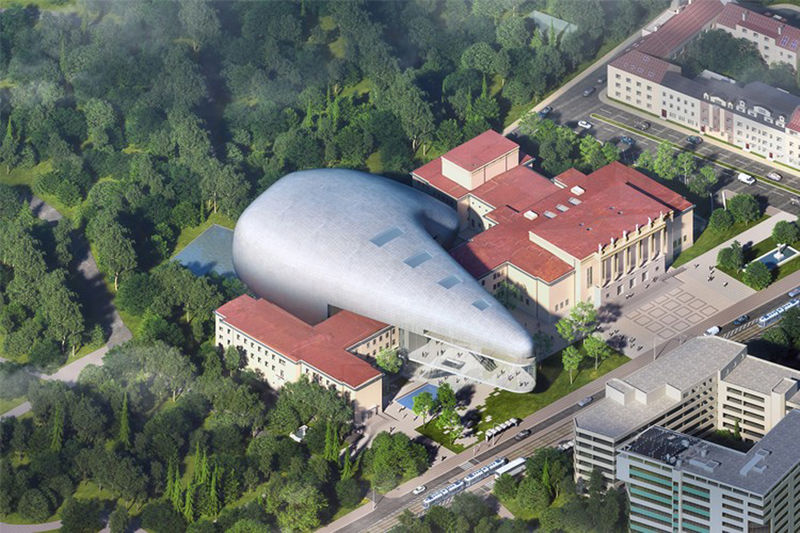 Kalina Nedelcheva — July 23, 2019 — Art & Design
References: stevenholl & dezeen
Share on Facebook Share on Twitter Share on LinkedIn Share on Pinterest
A stunning, futuristic zinc-clad building was conceived through the collaborative efforts of Steven Holl Architects and Prague-based Architecture Acts. Envisioned as a fully functioning concert hall, the curiously irregular structure is envisioned as an extension of the "1960s modernist House of Culture in Ostrava, Czech Republic," enticing more members of the public to delve into culture.

Aside from the zinc component, the project will also feature a glazed portion that is street-facing, as well as subtle hits of maple wood. The auditorium — which will seat 1,300, will be located at the back of the zinc-clad building. As a result, the concert hall that was proposed by Steven Holl Architects and Architecture Acts subtly mixes futurist elements with natural sensibilities. The concept was approved and supported by six out of the seven jury members.
4.5
Score
Popularity
Activity
Freshness
Access Advisory Services