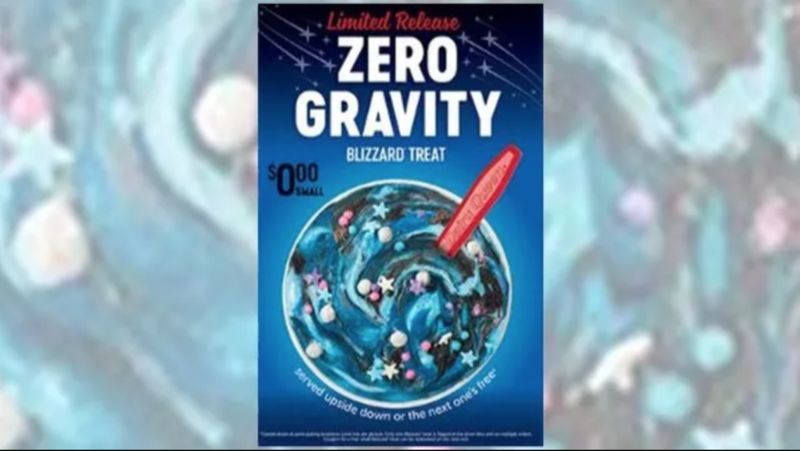 The Zero Gravity Blizzard Marks the Anniversary of Apollo 11

Dairy Queen's new Zero Gravity Blizzard is a limited-edition treat that will only be available at select locations for three days starting on June 24. The dessert marks the 50th anniversary of the Apollo 11 mission, which is when Neil Armstrong officially became the first man to walk on the moon. To properly mark the occasion, the new treat features a galaxy theme that extends from the packaging to the ice cream itself. According to Dairy Queen, "The 'out of this world' treat is comprised of a black glitter base, a blue glitter base, galaxy sprinkles, cotton candy syrup, and Oreo cookies."