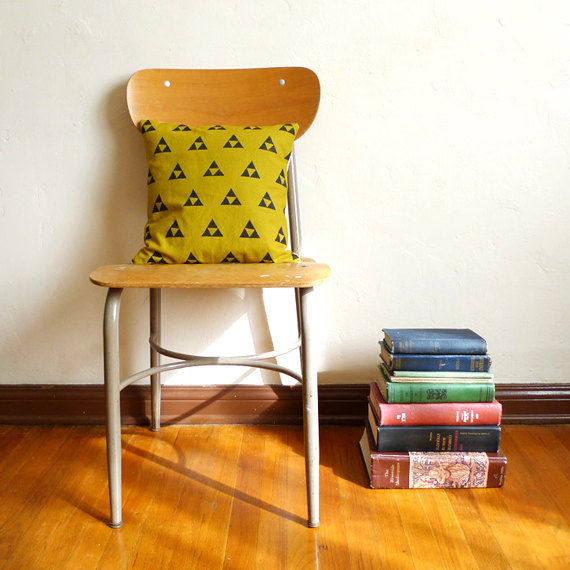 Michael Hines — January 28, 2014 — Art & Design
References: etsy & technabob
The quickest and easiest way to discern if you're in the home of a huge Zelda fan is to see whether or not they own a Zelda Pillowcase or two. If their pillows aren't covered in triforce patterns, then there's a chance that they aren't too big on Link, Princess Zelda and the mythical land of Hyrule.

The Zelda Pillowcase was created by Etsy merchant JamesBit, whose store is filled with everything from Pitfall mugs to Super Mario Bros. flags. The Zelda Pillowcase is one of his more subtle creations; to the uniformed it looks like a pillow cover with a neat pattern. However, those that know the series know that the triangle represents power, wisdom and courage. The covers measures 16" x 16" (pillow not included) and sells for $29.00.
3
Score
Popularity
Activity
Freshness