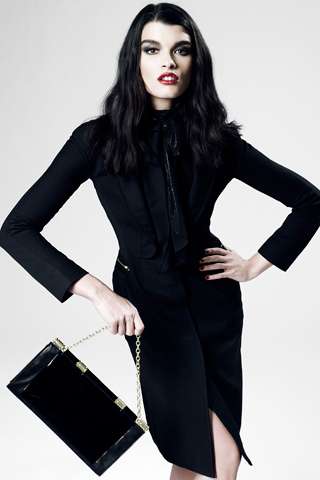 The Z Spoke by Zac Posen Fall 2012 Collection is Glamorous

Souzan Michael — February 10, 2012 — Fashion
References: style & fashionweekdaily
For those of you who are already bored of the retro, Mad Men-inspired look that has been dominating the fashion industry for the past few seasons, then the Z Spoke by Zac Posen Fall 2012 collection is just the thing for you.

Full of black, burgundy, and other rich hues that are the farthest thing from being feminine and cotton candy colored, this is not a collection made for the faint of heart.

The Z Spoke by Zac Posen Fall 2012 line is the brand's sixth offering. After the success of his namesake brand, Zac Posen created a more affordable sister line, and three years later, the line is stunning enough to stand on its own, thanks to offerings like this one.
4.3
Score
Popularity
Activity
Freshness