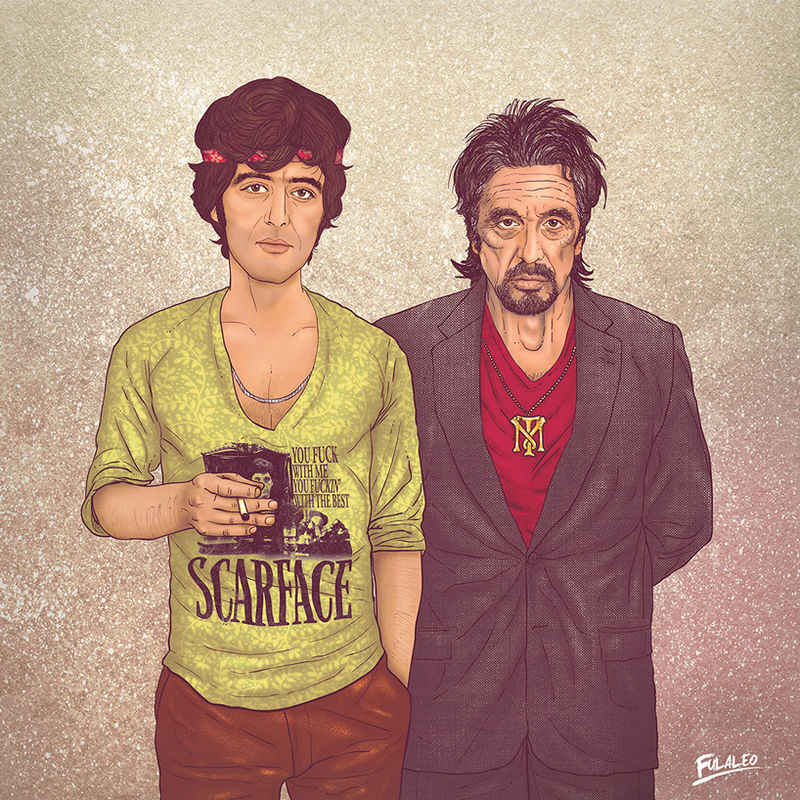 Misel Saban — September 16, 2015 — Art & Design
References: behance.net & designboom
Share on Facebook Share on Twitter Share on LinkedIn Share on Pinterest
Talented illustrator Fulvio Obregon created a series of life-like drawings entitled 'Me & My Other Me' that showcase various famous celebrities from a variety of industries posing with their younger selves. The illustrations showcase the stark contrast between who the influencer was when they began their career to who they were near the end of it.

Obregon's drawing style is quite detailed as he takes the time to incorporate many details of the famous figures to capture who they were when they were starting out to the success and fame they later achieved. The images feature recognizable faces such as Steve Jobs, Michael Jackson, Bill Gates, Robert DeNiro and several others. The detailed illustrations capture the age, increased sense of wealth and establishment in the older selves that greatly contrasts the younger new comer phase of the same individual.