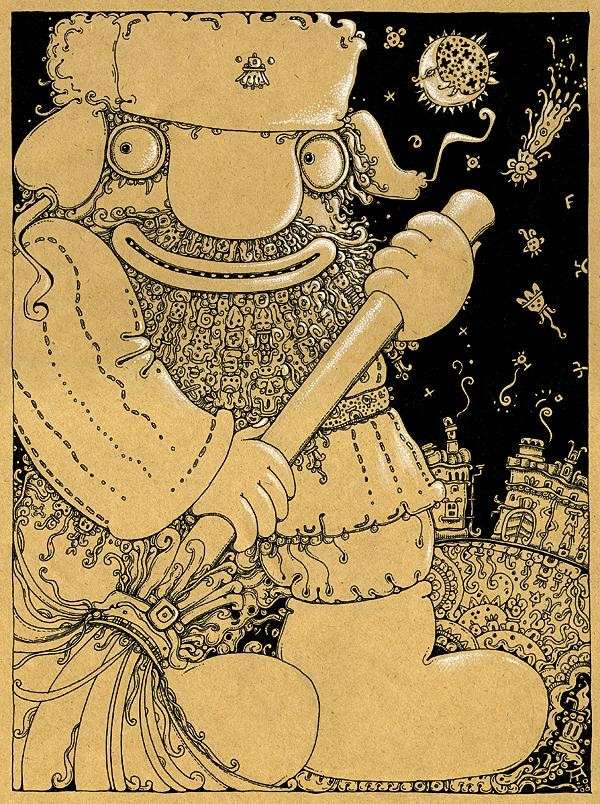 'Yard Keeper' by Andry Tatarko is Psychedelic and Eccentric

The illustrations are quite psychedelic as the figures depicted are themselves created from smaller figures. This self-referential, fractal-like effect envelopes the viewer, drawing them closer to characters and scenes Tatarko depicts; however, the two-tone black and beige color scheme as well as the general tone of the illustrations prevent them from achieving a truly whimsical feel.

In one drawing, a bearded man reminiscent of a Cossack warrior runs across the frame holding a knife staring blankly at the viewer, leaving much to the imagination.