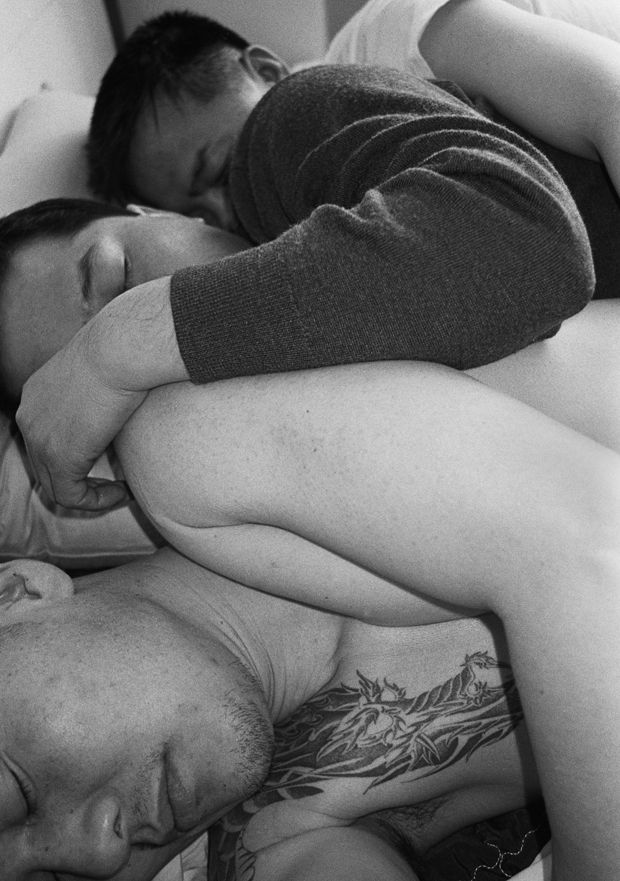 Rahul Kalvapalle — September 23, 2014 — Naughty
References: photoyang.jimdo & featureshoot
The Best Days is a photo series, captured by Japan-based South Korean photographer Yang Seung Woo, that captures the camaraderie shared between his boyhood friends. By capturing the photos, Yang traces the memory of a common high school friend who took his own life after being convicted of murder, being sent to prison and became an underling at the Yakuza organized crime group.

Yang Seung Woo's photos are ironic in that they depict men in illegal venues such as shady gambling dens, bars and brothels but still show them to be boys at heart. Photos of the men in brothels surrounded by naked women form a curious contrast with snaps showing the men huddled together sleeping like small children.

This series mourns the tragic loss of Yang's childhood friend while providing a glimpse into the Korean underworld at the same time.
3
Score
Popularity
Activity
Freshness