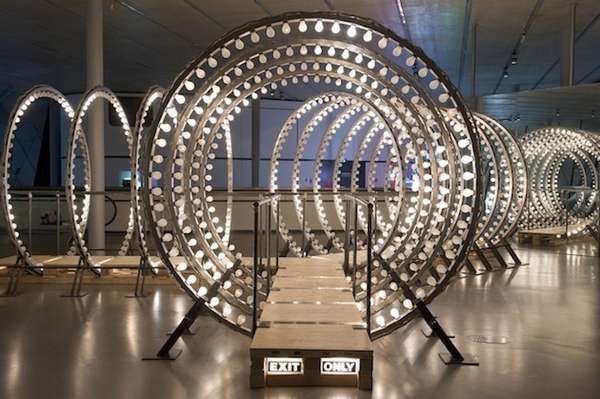 Comprised of 960 light bulbs, Y by Carsten Holler is made out of aluminum, wood, cables and mirrors. The Sweden-based artist encourages people to walk down the paths provided, allowing themselves to become imersed by soft light and a hypnotic creation. According to Holler, "Y is related to the Max Frisch novel 'Mein Name sei Gantenbein' from 1964. The protagonist Gantenbein plays with several identities, eventually pretending to be a blind man. Turning his vision on and off at his own leisure, Gantenbein comes to enjoy observing other people who think that he cannot see them."
3.1
Score
Popularity
Activity
Freshness
Get Better and Faster