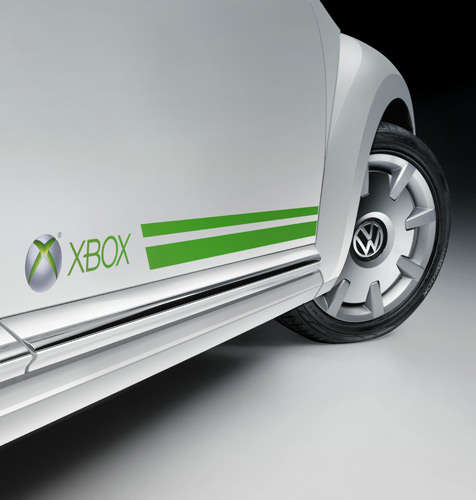 Andrew Sztein — January 10, 2013 — Autos
References: thebeetle.mx & kotaku
Usually when someone uses the words 'bug' and 'Xbox' in the same sentence, they're talking about frustrating gaming glitches. In this case however, they would be talking about the special tenth anniversary Xbox-branded Volkswagen Beetle. The design features the same color scheme, logos and general aesthetic associated with the Xbox brand.

Unless you live in Mexico, you won't be able to get your hands on one of these beautifully branded Beetles, as they're only available south of the border. In an interesting part of creative marketing, interested purchasers must submit their Xbox Live Gamertag onto Volkswagen's website in order get more information for a purchase. On the flip side, customers will also get a free Xbox 360 console with a copy of Forza Motorsport 4, a popular racing simulation game.
4
Score
Popularity
Activity
Freshness