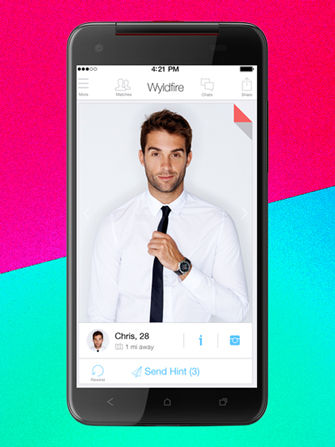 WyldFire is a Dating App Made For Women

If you're a woman who is tired of unsolicited dick pics and the creepy comments that accompany them, you can rest easy knowing that every man on Wyldfire has been personally invited to join by another woman. Having this female approval will hopefully reduce the number of creeps on the network, and the shirtless mirror selfies that come with them.

The app operates much like Tinder in that two people can only message each other once they're matched. However, there are a limited amount of messages the users can exchange, and only the woman can unlock more. Other Wyldfire features include Hints, which, much like a Facebook poke, allow users to show an interest. Like the messages, the Hints are also limited to three per day. The limit encourages users to use their Hints wisely and intentionally, rather than arbitrarily distributing them.
2.7
Score
Popularity
Activity
Freshness
Access Advisory Services