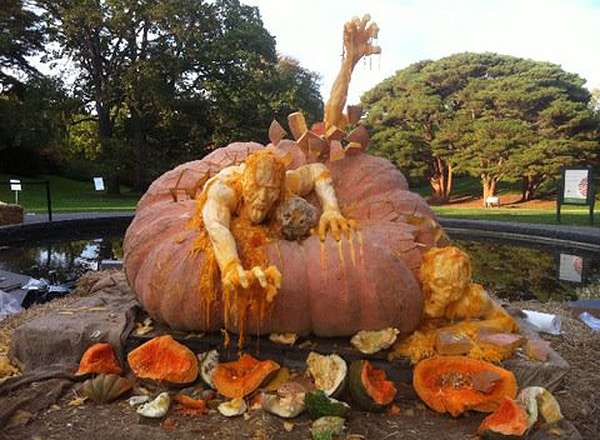 Meghan Young — October 25, 2011 — Special
References: huffingtonpost & inspir3d.net
Earlier this month, someone undertook the impressive feat of carving the world's largest pumpkin. Of course, not just anyone is up to such a task. Famed New York-based pumpkin carver Ray Villifane undertook the challenge. Considering his recent series of expressive pumpkins, if anyone could get the job done, and done in style, it would definitely be Mr. Villifane.

Working with 1,818.5 pounds of pumpkin, Villifane had his work cut out for him. Located in the New York Botanical Gardens, the world's largest pumpkin took on a monstrous scene of zombies and demons bursting out from its orange shell. This incredibly intricate three-dimensional scene will be on display until the end of October.