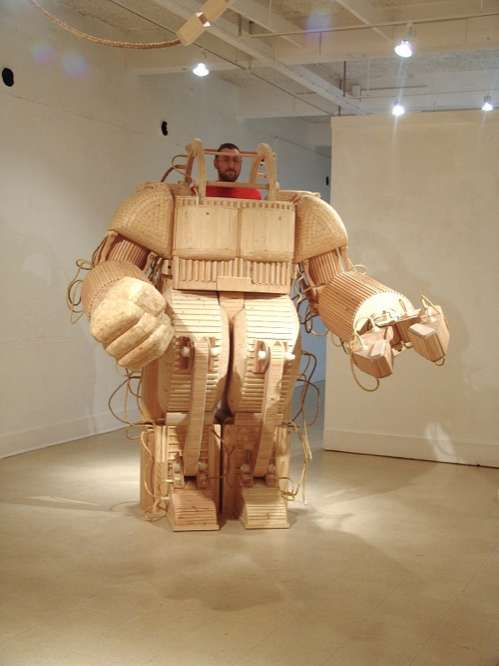 Ayman — February 29, 2008 — Art & Design
References: mikerea & fecalface
Share on Facebook Share on Twitter Share on LinkedIn Share on Pinterest
You can not help but feel captivated and amazed by Mike Rea's geek-inspired wood sculptures. I went in thinking he is just another obsessed geek, but after reading his artist statement and an in-depth interview I find his art philosophical, thought-provoking and utterly genius.

Rea's goal is to create the idea of an object that remains a dream. The objects he creates are based on fictions or established hearsay, rather than realities; which allows for a flawed interpretation, leading to a flawed result. He further amplifies the experience by only using his memory to construct the images. "Failure is imminent." He depicts his ideas with unfinished wood and other materials such as rope and foam which convey a sense of the temporal. The result offers a sense of what could be and what could never be simultaneously.

Heritage-Inspired Boots
The Scout Boot By G.H. Bass Is Modeled After a Previous Style