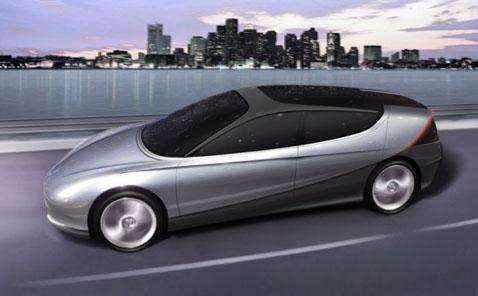 Ayman — February 24, 2008 — Autos
References: sparkingtech & engadget
Share on Facebook Share on Twitter Share on LinkedIn Share on Pinterest
I personally hate windshield wipers, so I am glad to report that, thanks to nanotechnology advances, Italian car designer Leonardo Fioravanti has developed a prototype concept car, Hidra, with a self-cleaning windshield that doesn't need wipers. It can brush away water and dirt by itself. He claims the technology could go into mass production within 5 years.

"The car uses a special aerodynamic design along with four sophisticated surface treatments to the windshield to keep the driver's view clear. The first treatment filters the sun and repels water. The second is made of nano-dust which is able to push dirt to the edges of the glass. This dust is activated by the third layer, which senses dirt and activates the second layer as necessary. Finally, it's all topped off by the fourth layer which is a conductor of electricity to power the whole mechanism." (sparkingtech.com)


This news comes after the recent Nanotechnology Breakthrough of Self-cleaning Fabrics:

60 Concept Cars To Drool Over