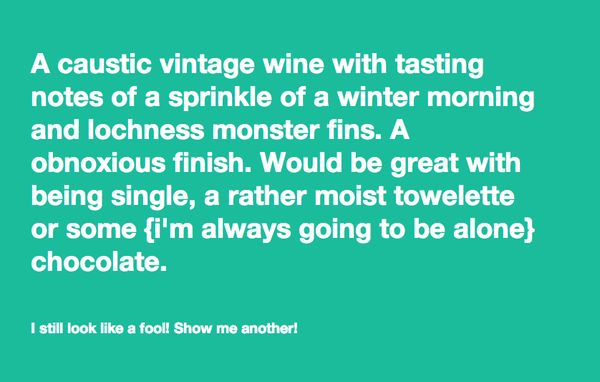 However, these snobbish reviews quickly get more and more absurd as they get into describing the wine’s first notes, finish and suggested pairings. After describing on wine with an “entrance of black Densuke watermelon and kopi luwak coffee beans,” the wine notes go on to suggest that it be paired with “a newfound sense of religion, The Notebook or pork.”

Although the site is pretty amusing on its own, it seems to have been crafted mainly as a vehicle to get people to click through to products on Amazon, which are most likely affiliate links.