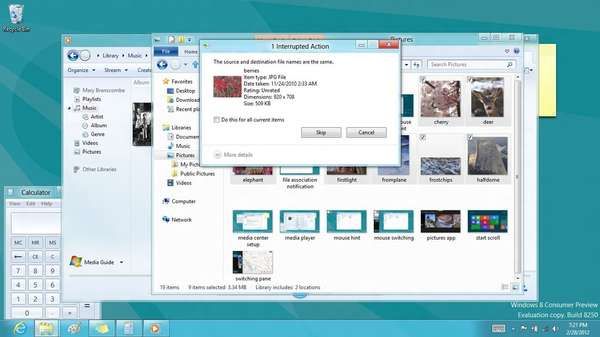 The Windows 8 Tablet is a Challenger to Apple’s iPad

Jennifer Gosnell — June 19, 2012 — Tech
References: money.cnn & techradar
Share on Facebook Share on Twitter Share on LinkedIn Share on Pinterest
Yesterday was the big reveal of the Windows 8 Tablet titled 'Surface,' and it was met with mixed reviews. What the new Tablet brings to the table is its role as a major competitor to the Apple iPad—which may result in increased innovation on behalf of competing developers and a lowered price for both parties given the shared market.

As the original creator of the concept of the Tablet, Windows has finally released a preview of its up-to-date, full-scale Tablet for the public. However, the actual product won’t be hitting shelves until sometime this coming Autumn, expected closer to November.

Another area of the Tablet arena that Windows has jumped into is to create a varied range of Windows 8 Tablets—everything from the basic Tablet to ‘Ultraportable laptops.’

Featuring the yet-unreleased Windows 8 system, the shiny, flashy and bold Tablet gives users the PC options of x86-based AMD and Intel machinery with the addition of ARM-based hardware that runs the iPad or the Android Tablet.