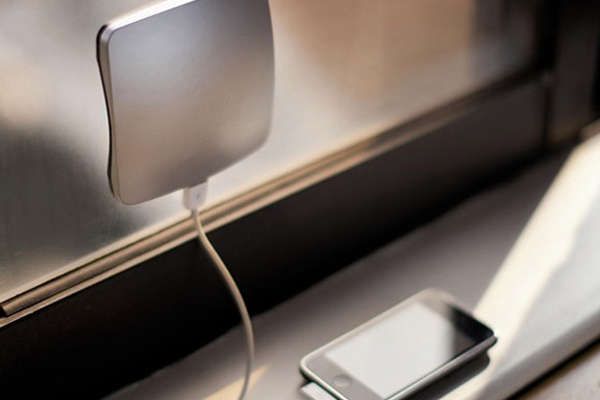 Meghan Young — September 17, 2012 — Eco
References: amazon & trendsnow.net
Share on Facebook Share on Twitter Share on LinkedIn Share on Pinterest
The Window Cling Solar Charger may very well replace the need for traditional smartphone chargers. As its name so clearly states, it is a charger that uses solar energy to power devices. Clinging to windows for optimal sun exposure, the smartphone accessory is an eco-friendly alternative that is pure genius despite its simplistic nature.

Available online at Amazon through WTC-Trading-Co, the Window Cling Solar Charger boasts a 1,300 mAh rechargeable lithium battery. This battery has enough output to charge such devices as the iPhone, Blackberry and other Android-based phones. Weighing only three pounds and measuring a mere four and a half by four and a half inches, the thin Window Cling Solar Charger is easily toted around in case people need to charge their phone on-the-go. This is especially convenient since it only works during the day.
5
Score
Popularity
Activity
Freshness
View Innovation Webinars