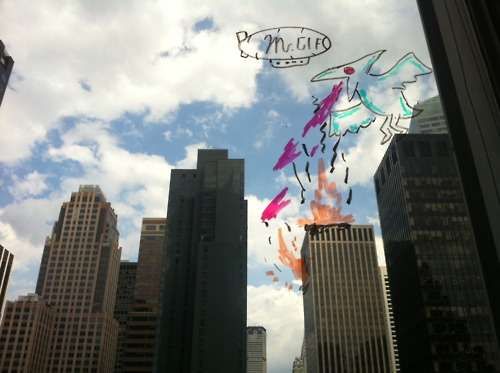 Meghan Young — August 12, 2011 — Pop Culture
References: windoodles.tumblr & neatorama
Share on Facebook Share on Twitter Share on LinkedIn Share on Pinterest
There is pretty much a blog out there for just about anything nowadays, so why not have one revolve around window doodles like the Windoodles Tumblr? I have to admit, however, that this is probably one of the more clever and creative ones out there. Instead of simply relying on some rather stupid content, the Windoodles Tumblr relies heavily on imagination, which is an important element in our lives that we should exercise on a daily basis.

Created by Garrett Miller, a designer, developer and photographer living and working in Washington, the Windoodles Tumblr encourages you to look out the window and draw whatever fantastical scene you can dream up at any given moment. Fun and harmless, just make sure you don't use a permanent marker when creating something to post on Windoodles Tumblr.
3.4
Score
Popularity
Activity
Freshness
Get Trend Hunter Dashboard