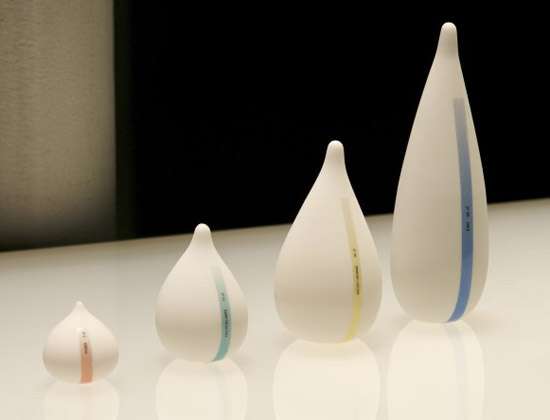 The WikiCell Bottle is Deliciously Eco-Friendly

Meghan Young — March 29, 2012 — Eco
References: seas.harvard.edu & dvice
Share on Facebook Share on Twitter Share on LinkedIn Share on Pinterest
As landfills continue to pile up with environmentally unfriendly trash, products such as the WikiCell bottle are starting to crop up to deal with this growing problem. An ingestible container, the WikiCell bottle was developed by David Edwards, the biomedical engineer who created Le Whaf.

The WikiCell bottle is purported to work with both liquids and solids. Made out of a blend of biodegradable polymer and particles of food, each bottle is held together by electrostatic forces instead of an adhesive like glue. The food particulars give the WikiCell bottle its flavor. Edwards is currently working on an orange-flavored version that holds orange juice, a tomato-tasting package full of gazpacho and a grape bottle that holds wine.

The WikiCell bottle is still in its prototype stage.