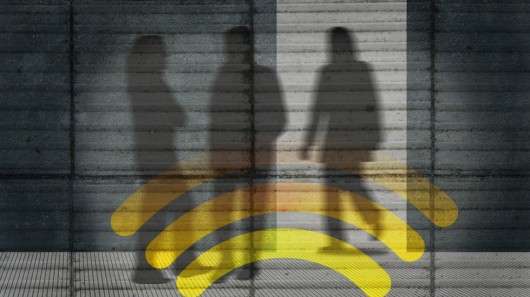 The 'Wi-Vi' Lets You See Through Walls with Your Router

Alexander Lam — July 3, 2013 — Tech
References: web.mit.edu & gizmag
Using Wi-Fi signals to see through walls, the 'Wi-Vi' system acts to provide the masses with cheap and effective x-ray vision. Developed by researchers at the Computer Science and Artificial Intelligence Laboratory in MIT, the system lets anybody see what's happening on the other side of a wall.

Wi-Vi uses technology similar to radar and sonar. However, the ingenious system uses Wi-Fi signals instead. The system uses only one receiver to send out or receive Wi-Fi signals. Since signals can penetrate walls, the system can detect movement without a line of sight.

Since Wi-Fi signals are so widespread, Wi-Vi has the potential to be used for gesture-based controls. The system's ability to see beyond walls means that the device can let you control your gadgets no matter where you are in your house.
1.4
Score
Popularity
Activity
Freshness