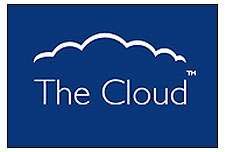 Greg Ponesse — January 3, 2006 — World
References: abcmoney
Share on Facebook Share on Twitter Share on LinkedIn Share on Pinterest
LONDON: People in nine cities across Britain will be able to make use of WiFi technology beginning March as a city-based firm, The Cloud, is launching its first phase of a proposed nationwide WiFi network. This will mean that users in these cities will be able to access the internet from their laptops outdoors, without cables, and use their mobile phones to make calls over the web.

The eight cities where the WiFi hotspots will be launched are Edinburgh, Leeds, Manchester, Birmingham, Nottingham, Oxford, Cambridge and Liverpool besides the London boroughs of Kensington and Chelsea, Camden and Islington.

WiFi hotspots provide access to the internet for those with a WiFi-enabled computer or mobile phone without having to use the traditional medium of a cable. Several hotspots put together provide blanket coverage of outdoor areas in the city. Mobile phone users will also be able to make use of the hotspots and make national and international calls, send e-mails and transfer documents at a fraction of the existing costs and without having to rely on telecom service providers.
2.3
Score
Popularity
Activity
Freshness
Get the 2021 Trend Report FREE