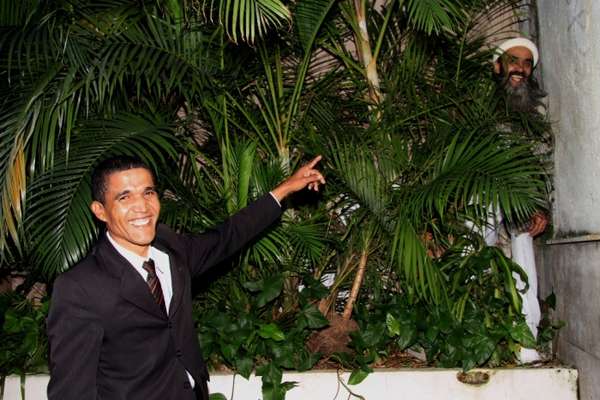 'When Obama Met Osama' Has Faux Terrorist & President Hanging Out

Jason Soy — May 16, 2011 — Pop Culture
References: mymodernmet & designyoutrust
This ‘When Obama Met Osama’ photo series shows that it doesn’t matter if you’re the leader of the free world or a wanted terrorist, boys just want to have fun. These satirical images feature a pair of Barrack Obama and Osama bin Laden impersonators as they undertake various frat boy activities and enjoy each other’s company. In one particular photo, the duo even plays hide and seek together, with Obama pointing out a gleeful Osama behind some tree branches. How ironically topical.

Though some may find the ‘When Obama Met Osama’ photos offensive, it’s obvious that they were taken in good humor and shouldn’t be taken too seriously. After all, we’ve already seen terrorist tattoos. By comparison, this is as offensive as a knock-knock joke.
4.5
Score
Popularity
Activity
Freshness