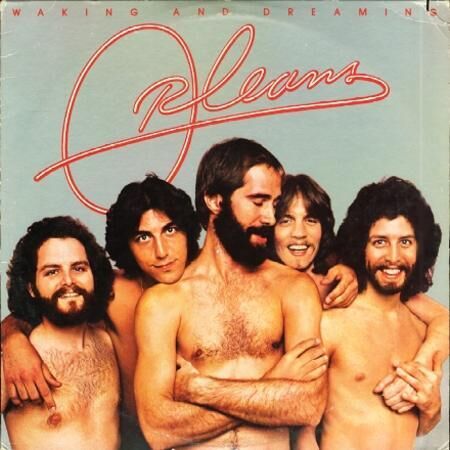 The Worst Album Covers Of All Time

thischick — June 6, 2007 — Pop Culture
References: stevecarter
Share on Facebook Share on Twitter Share on LinkedIn Share on Pinterest
Steve Carter has put together a collection of the worst album covers of all time on his website. It's a small collection, but it's hilarious. Here are a few that really stood out. Orleans - "Waking And Dreaming". It should have been called Waking And Screaming. These guys are too close, too personal and infringing on my eyeballs. Freddie Gage has an interesting album cover "All My Friends Are Dead" makes you wonder if it's a murder confession album, otherwise it's just too creepy for words. Ken - "By Request Only" should have had a question mark at the end of that request because really, who is this guy? And do we really want to request his songs? It's interesting how famous he thinks he is that everyone will know him by his totally generic first name only on the cover. Wally Whyton - "It's Me Mum" is missing one key word at the end of that sentence, it's the word: REALLY. His mum probably thought he was in jail 'cause you can tell by looking at him and his thrashed guitar that he must be some hard-core, hepped-up on goofballs rocker. Lastly, we have Devastatin' Dave - "The Turntable Slave - Zip Zap Rap". The 80's were just so wrong don't you think? The 80's made just about anybody think they could put out a rap album and become an overnight star. He's probably still rappin' somewhere out there, but it's probably packages for minimum wage. After enlarging the photo, the left hand corner reveals that the yellow stripe says "Hear Our Message, Just Say No To Drugs" It would take a whole lotta drugs to get me to listen to this one. I hope nobody has any of these gems in their collection and you should check out the rest of the list, it's a hoot.
1.6
Score
Popularity
Activity
Freshness
Jeremy Gutsche Keynote Speaker