What if Microsoft bought Apple? 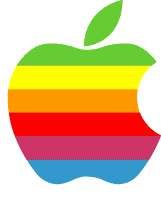 Greg Ponesse — April 5, 2006 — Tech
References: technewsworld
Share on Facebook Share on Twitter Share on LinkedIn Share on Pinterest
While neither Apple nor Microsoft is in critical shape, it does appear that both firms need each other right now -- with an urgency that is unprecedented. It may be time to explore the notion that a little cooperation could reduce, or solve, both firms' "impossible" problems.

While it is easy to point to the acquisition of NeXT by Apple as an example of when a purchase fixed a problem like the one Microsoft had recently with Vista, Apple really isn't an OS company, and Microsoft's problem is vastly broader than just its OS.

Microsoft has lost the support of many of its critical employees, partners and customers, and even the U.S. government shows little interest in protecting the company from foreign threats. Microsoft has a major image problem and an apparent inability to either recognize or deal with it. In addition, Microsoft appears to have a leadership problem, one it likely shares with companies like GE, GM, and Ford these days, where the executives are isolated, regularly tricked into making bad decisions, and aren't taken very seriously.
3.9
Score
Popularity
Activity
Freshness
View Innovation Webinars