Big Mac Marketing Blow Up
Next
Set of
Related
Ideas 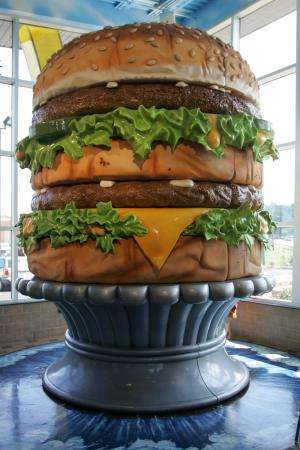 Going Like Sixty — September 10, 2008 — Lifestyle
References: upi
While the rest of the world is cutting back on beef and calories, Don Gorske, chowed down his 23,000th Big Mac milestone. He works for a Wisconsin prison and is obsessed with numbers, but calories and pounds don't seem to concern him.

Don Gorske claims to have every receipt for each Big Mac dating back to 1972. He probably has every cat he owned too. It's all documented in Gorske's book: Big Mac Memories.

Implications - All health concerns aside, Gorske promised himself he would eat a Big Mac every day no matter how bad his health was looking. It became everything he looked forward to in his day, and though this may be sad for many, the public shouldn't discourage him from indulging in his greatest pleasure.
3.1
Score
Popularity
Activity
Freshness