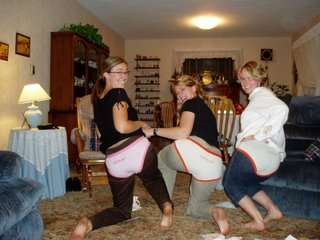 Orphan Pictures puts a web 2.0 twist on lost and found bins. Matt Preprost, a University of Winnipeg student started the ifoundyourcamera.net, a site that lets people upload images from cameras they have found. People in search of their missing photo gear can peruse the gallery of online images to see if some pics for their digi cams made it into the hands of an honest Samaritan.

In its first two days of being launched, the site attracted over 150,000 viewers who eagerly took a peek at photos from cameras found in Ontario, Quebec, Illinois, Pennsylvania and California.

"Some people might see a problem with having pictures of people on the Internet without their consent," Preprost said. "But in the end, I don't think that outweighs the fact this gives people a great chance of getting their camera or their memory card back."

Killer startup for a 20 year old! And again, it's one of those "Why didn't I think of that?" ideas.

"I've heard stories of people getting their cameras stolen at their graduation or on their wedding day - really monumental points in their lives," said Preprost. "I couldn't fathom losing something so personal."

Everyone who has lost a camera knows it can be devastating. It's horrible to think that those memories preserved on film may never be seen again... or could perhaps be seen by the wrong people.

The rise in digital camera use has led to a lot more nude photos being taken as people don't have concerns about bringing the images in for photo development and processing. Since there's no need for the photo shop guys to see them in the buff, people have gotten a lot naughtier behind their personal lenses. I wonder if Matt posts those photos too?

The photos in the gallery are all from found cameras, and each has a description. The big group family photo, for example, said, "Found in a back seat pocket of a NWA plane in Memphis, TN. Right around Christmas 2007."

Check out how people are reuniting their lost gloves: