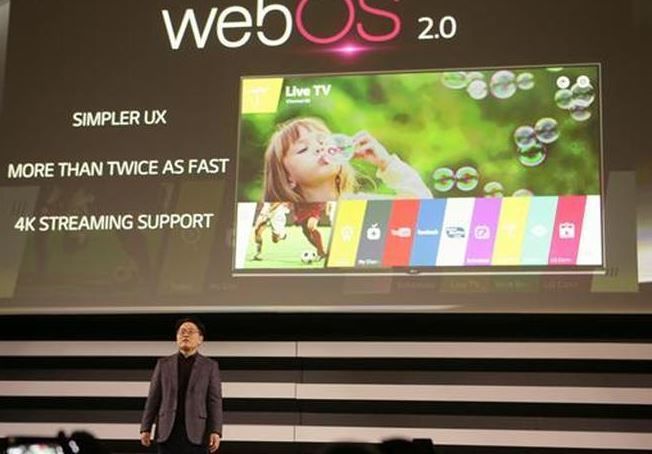 Rahul Kalvapalle — April 13, 2015 — Tech
References: cnet
Share on Facebook Share on Twitter Share on LinkedIn Share on Pinterest
WebOS 2.0 is a new Internet of Things platform, announced by LG at the 2015 International CES, that highlights the Korean electronics giant's intention to embrace the Internet of Things big time. The platform is a significant upgrade over the original WebOS platform, which was unveiled in the previous year's edition of CES.

WebOS 2.0 is essentially a highly functional interoperable ecosystem that can connect WebOS 2.0-equipped television sets to home automation gadgets, wellness platforms and even smart vehicles. The upgraded platform has a more elegant user interface, is faster and is capable of supporting 4K streaming. It also turns on faster and is 60% quicker.

The speed enhancements are distributed across the board, meaning that switching from the Smart TV screen to YouTube for example is made significantly faster. These upgrades are designed to position LG as one of the unquestioned leaders of the Internet of Things as it applies to home multimedia.