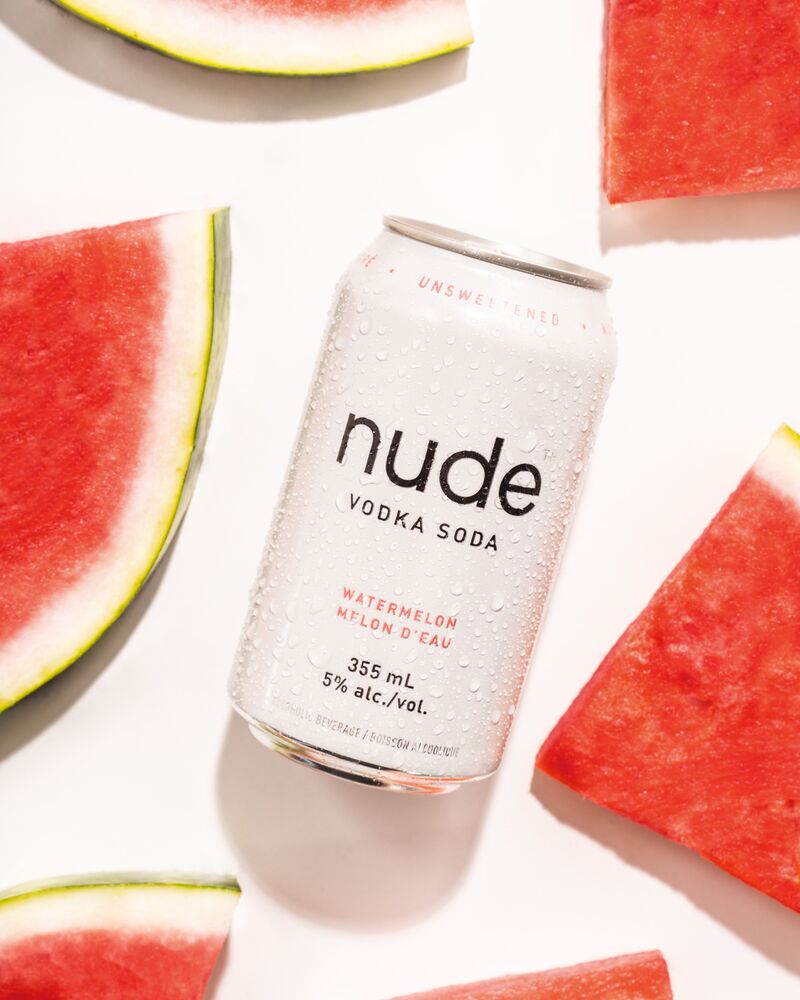 Nude is Bringing Back Its Limited Edition Watermelon Vodka Soda

Prefect for warm weather sipping, the flavor hit store shelves for the first time last summer and sold out completely after just two weeks. Since then, fans have been eager to try out the flavor again, and Nude is answering their demands with another limited edition launch for 2021. Like Nude's other vodka-based canned cocktails, its Watermelon Vodka Sodas contain 100 calories per can, are made with premium ingredients, and are free of gluten and sweeteners.