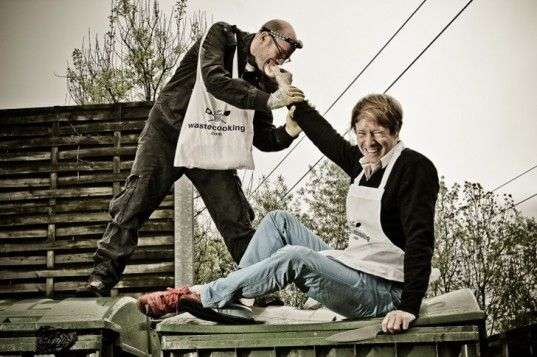 Meghan Young — January 11, 2013 — Eco
References: npr.org & neatorama
Share on Facebook Share on Twitter Share on LinkedIn Share on Pinterest
Waste Cooking is the newest reality television show to hit Austrian airwaves. It centers around the idea of cooking food found in trash cans. A practice more common than some might believe, it has brought about such terms as 'dumpster divers' and 'freeganism.' While the former is quite obvious, referring to those that dig through dumpsters for food, the latter may be a little more foreign. Essentially, Waste Cooking sheds light on a culinary lifestyle in which 'freegans' dine on discarded food.

Utterly enlightening, Waste Cooking shows the massive amounts of waste that occurs on a daily basis. Rummaging through organic waste bins, "divers gather an impressive haul of pristine fruits, vegetables, cheese and other foods, packaged or not," according to the producers of Waste Cooking.
1.7
Score
Popularity
Activity
Freshness
View Innovation Webinars