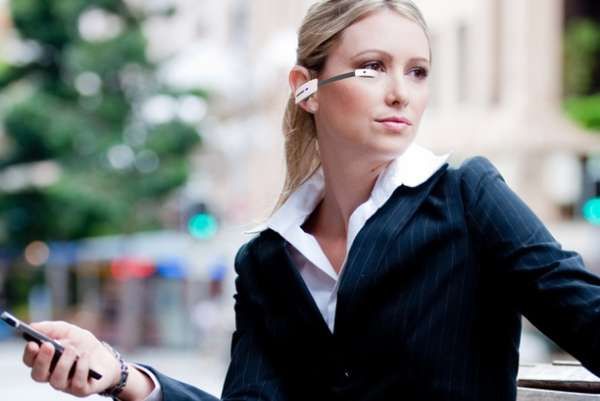 Meghan Young — January 16, 2013 — Tech
References: vuzix & psfk
Share on Facebook Share on Twitter Share on LinkedIn Share on Pinterest
The Vuzix M100 Smart Glasses not only directly competes with the highly anticipated Google Glasses, it might beat it to the finishing line. As of right now, the company is predicting a release later this year, which Google will have to meet in order to "be the world’s first commercially available, hands-free display and cloud connected communications system," as written on Psfk.

Recently unveiled at the 2013 Consumer Electronic Show (CES), the Vuzix M100 Smart Glasses will allow wearers to wirelessly access data and content on their smartphones in a convenient manner. It also boasts a virtual display with an integrated camera and powerful processing engine that runs the Android OS.

With the Vuzix M100 Smart Glasses, people will be able do everything from snapping photos to making calls.
2.2
Score
Popularity
Activity
Freshness
Get Better and Faster