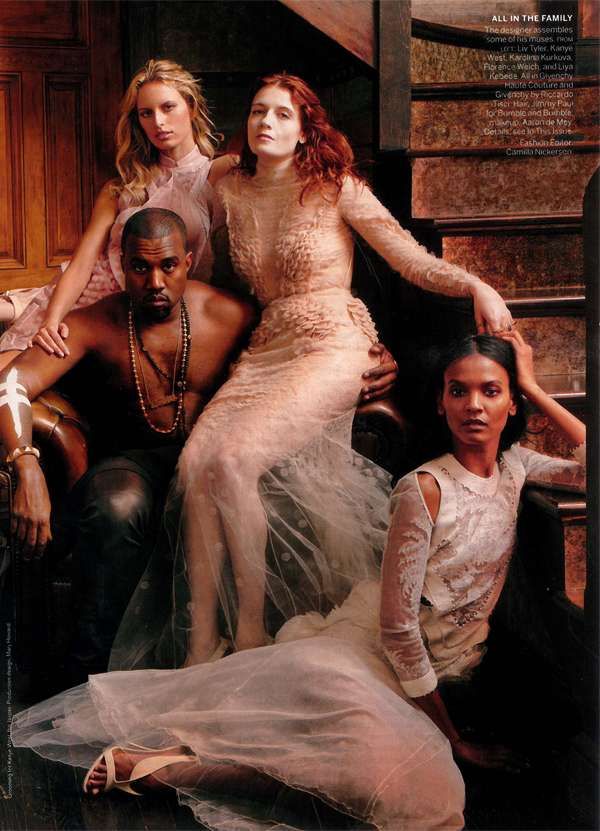 The photo shoot accompanies an in-depth profile on Tisci and his relationships with the five stars by Vogue editor-at-large Hamish Bowles. In particular, Tisci and Bowles discuss the designer’s experience working with Kanye West and Jay-Z on ‘Watch the Throne,’ for which he acted as Art Director that included designing a special edition album cover.