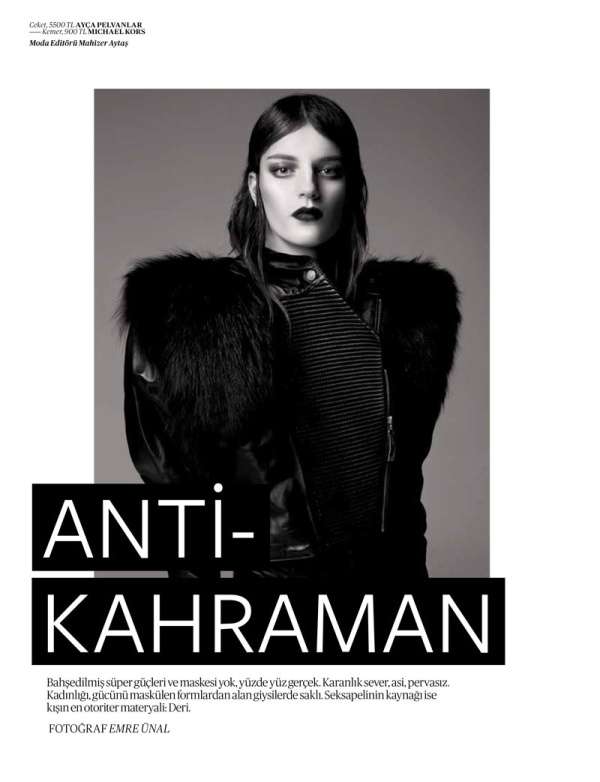 Meghan Young — January 10, 2013 — Fashion
References: vogue.tr & fashiongonerogue
Share on Facebook Share on Twitter Share on LinkedIn Share on Pinterest
If there is ever a time to dress like a character from the Matrix, it would be wintertime, so the looks in the Vogue Turkey 'Anti-Kahraman' editorial are quite timely. Chock full of edgy black ensembles, with a particular focus on leather, the photoshoot will have people fighting to save the human race from machines in no time.

The Vogue Turkey 'Anti-Kahraman' editorial was shot by photographer Emre Unal. Appearing in the January 2013 issue of the magazine, it stars model Laura Kampman. The Dutch beauty was put into the slick ebony wardrobe by stylist Mahizer Aytas, who pulled pieces from the racks of such labels as Michael Kors, Hakaan, Balmain and Celine. Makeup artist Gulum Erzincan and hairstylist Ibrahim Zengin perfected the tough and sexy looks.
4.1
Score
Popularity
Activity
Freshness
Access Advisory Services