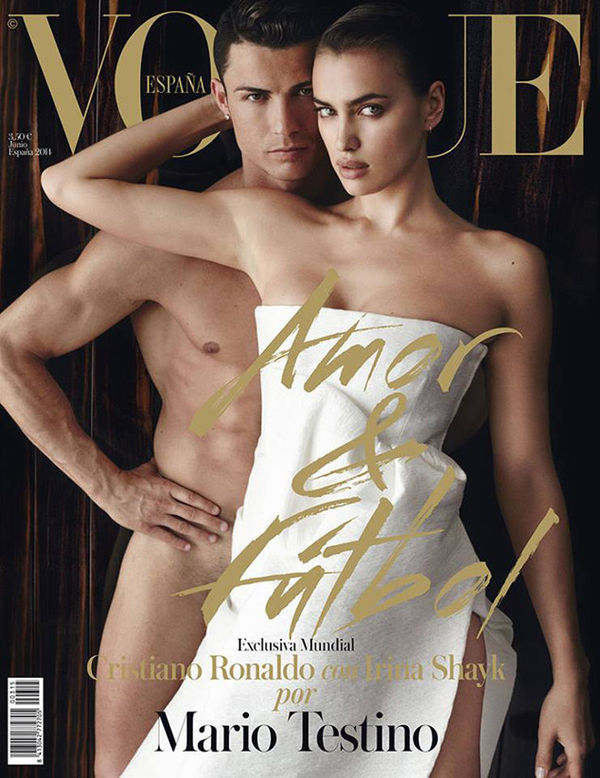 Megan Facciuolo — May 20, 2014 — Pop Culture
References: vogue.es & ca.eonline
The Vogue Spain June 2014 issue is following in the path of Vogue US by featuring a superstar couple. Vogue US recently broke sales records with its Kanye West and Kim Kardashian cover, so it's fitting that Vogue Spain would try to follow suit by featuring Real Madrid player Cristiano Ronaldo and his Russian supermodel girlfriend Irina Shayk. And while Kim and Kanye's cover was family-oriented and romantic, this couple's photo spread is lustrous and risqué.

Photographed by Mario Testino, the shots are set in Ronaldo's home in Madrid and feature the more intimate and sexy side of the couple's relationship. They show off their gorgeous, enviable physiques while yearning over each other in provocative poses.

Shayk glows on the cover, but Ronaldo outshines her with his completely buff bod.
4.9
Score
Popularity
Activity
Freshness