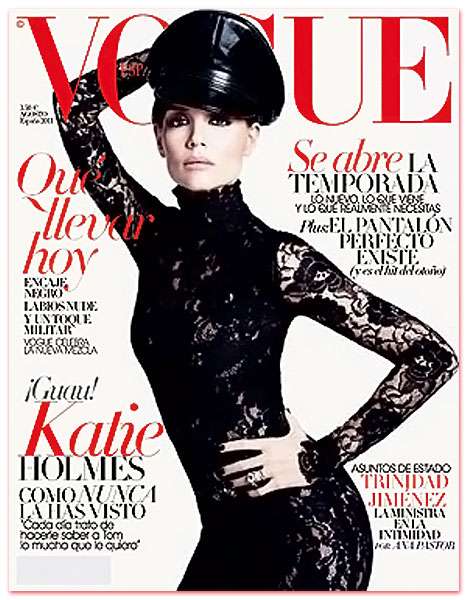 With smoky eye makeup, a nude lip and chic nails adorned with jet black polish, Katie Holmes is almost unrecognizable on the cover of Vogue Spain August 2011. Ditching the usual flirty, sweet wardrobe that fans are used to seeing Holmes in, matching her understated persona, the cover is sure to shock Vogue Spain readers in a good way.

Sure, Katie Holmes is more of a Ralph Lauren-esque celebrity than a Lanvin-wearing starlet, but she pulls the look off well on the cover of Vogue Spain August 2011.
2.1
Score
Popularity
Activity
Freshness
Attend Future Festival Virtual