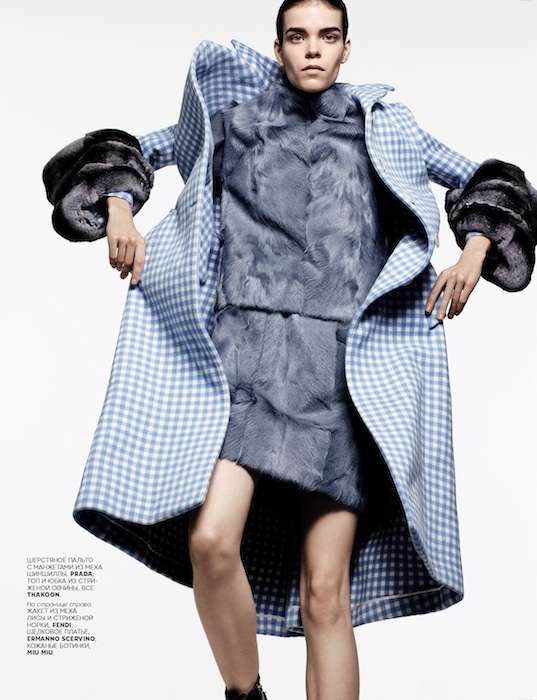 The Vogue Russia September 2013 Editorial is Fierce and Fluffy

This editorial focused on one model, and the backdrop was a plain gray or white that acted as a neutral. The model's hair was slicked back and she had a plain face of makeup. It was important that all other features of the shoot were plain, because the outfits were incredible.

There were many different options of texture. Full fur, curly materials and feathers made up some of the looks. They were also in multiple colors, but primarily pastels. The light color choice is daring for fall, and the texture aspect makes these coats interesting.

The Vogue Russia September 2013 editorial was a stunning spread of different forms of texture, and it will be no surprise to see people wearing massive jackets this fall.
3.8
Score
Popularity
Activity
Freshness
Get the 2021 Trend Report FREE

Temperature-Controlled Delivery Boxes
The Walmart HomeValet Service is Being Updated