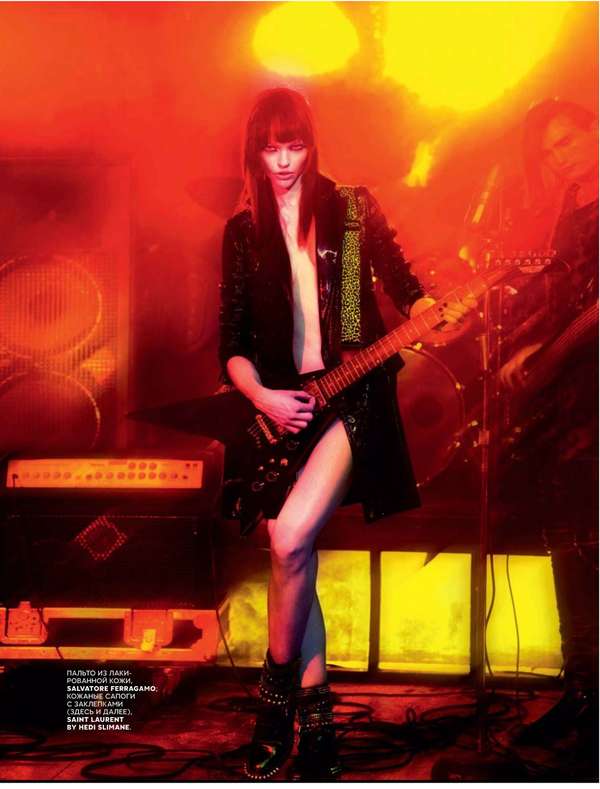 The Vogue Russia September 2013 Spread is Beautiful and Badass

This shoot is featured in a concert venue, and the models are acting as though they are the people performing. There is an inherent Joan Jett vibe to shoot, and it is represented in the lead singer's hair and the overall attitude being portrayed. The lead model has thick eyeliner on, and even the men in the shoot are painted in a rocker style makeup.

The outfits are a mixture of moto jackets, plaid, combat boots, and of course, a lot of black. The Vogue Russia September 2013 editorial perfectly embodies the lifestyle of a band on tour, and they made the rock star life look fabulous.
3.5
Score
Popularity
Activity
Freshness
Get the 2021 Trend Report FREE