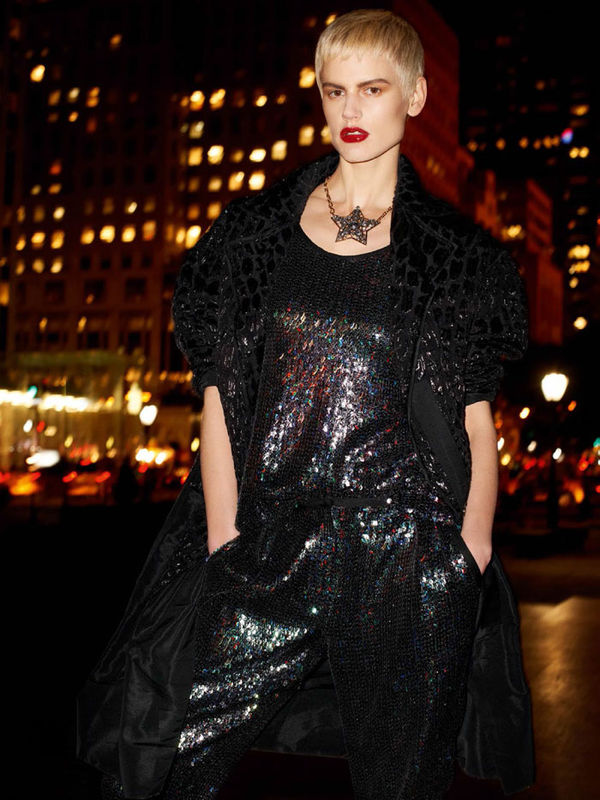 Meghan Young — January 24, 2014 — Naughty
References: vogue.fr & models
Share on Facebook Share on Twitter Share on LinkedIn Share on Pinterest
Dressed to the nines for a glamorous night in the City of Lights, model Saskia de Brauw channels her inner socialite for the Vogue Paris 'Saskia' editorial. It is hard not to think of her as a socialite in these images with her daring yet elegant ensembles that will get her on Page Six in a heartbeat. From black sequinned jumpsuits to sheer bejeweled gowns and two-toned fur jackets, the outfits meld Old Hollywood with New Hollywood seamlessly.

Set to appear in the February 2014 issue of the French publication, the Vogue Paris 'Saskia' editorial was shot by photographer Terry Richardson. The looks were styled by Clare Richardson, who pilfered the racks of Givenchy, Dior, Blumarine, Moschino and more.
2.1
Score
Popularity
Activity
Freshness
View Innovation Webinars