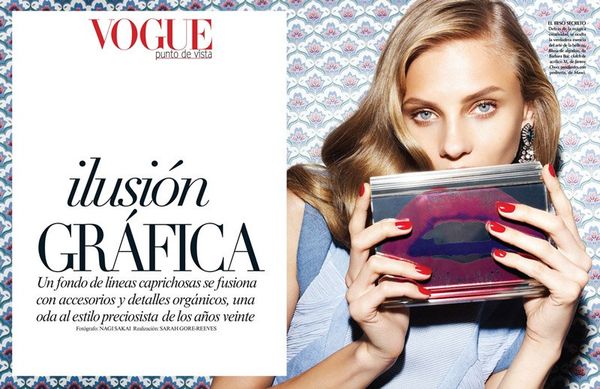 Meghan Young — January 27, 2014 — Fashion
References: vogue.mx & fashiongonerogue
The Vogue Latin America February 2014 cover shoot is a playfully clean-cut and feminine editorial that introduces refreshing fashion for the upcoming spring season. Shot in studio against both white walls and patterned wallpaper, the outfits are made for women who are looking to brighten up their wardrobes, possibly with a slew of pastel pieces from the likes of Antonio Berardi, Dior and Miu Miu.