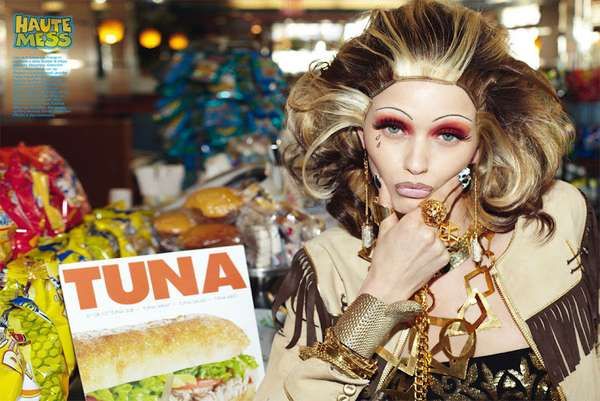 This Vogue Italia March 2012 Editorial is Over the Top

The shoot features the top models with over-the-top nail art, bright eye makeup that mimics the Louis Vuitton pattern, candy wrappers as hair, moon boots and more. The outrageous shoot is pretty entertaining, although it has drawn attention from critics who say it is in poor taste. Lindsey Wixson is pictured with an easter basket and plastic eggs on her head while another blow dries her animal print scarf in an IHOP washroom, all wearing a headache-inducing collection of clashing patterns and prints.