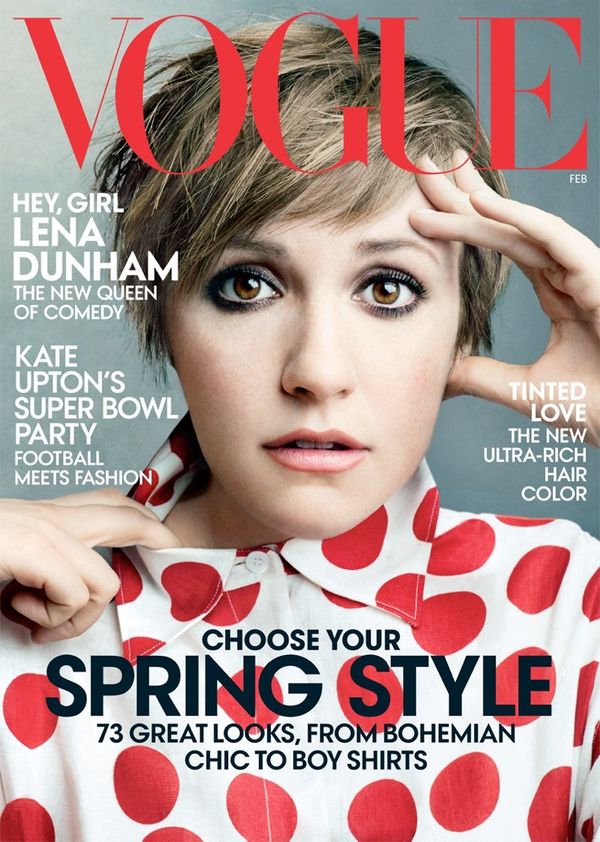 Lena Dunham Makes a Statement in the Vogue February 2014 Issue

Photographed alongside her 'Girls' co-star Adam Driver, Dunham poses in a series of playfully seductive photographs, taken by famed celebrity photographer Annie Leibovitz. Modelling clothes by Celine, Prada and Dolce & Gabbana, Dunham can be seen either gallivanting across New York or at home in a series of somber and moody photos.

Dunham is not known for doing these type of shoots; while the 'Girls' creator has no problem appearing nude for scenes, it would seem that posing for fashion shoots is something that's outside of her comfort zone. With her Vogue February 2014 shoot turning out this well, I'm hopeful she'll do more.