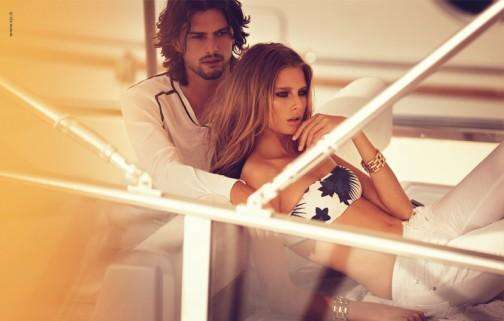 For their Spring/Summer 2009 ad campaign, VJC went for a rather romantic theme with a couple lounging in what appears to be a luxurious yacht. The images are shot with a hint of a paparazzi style, a la the recent Michael Kors ads, to give them an exclusive touch.

The couple is played by models Marius Hordijk and Hana Soukupova.