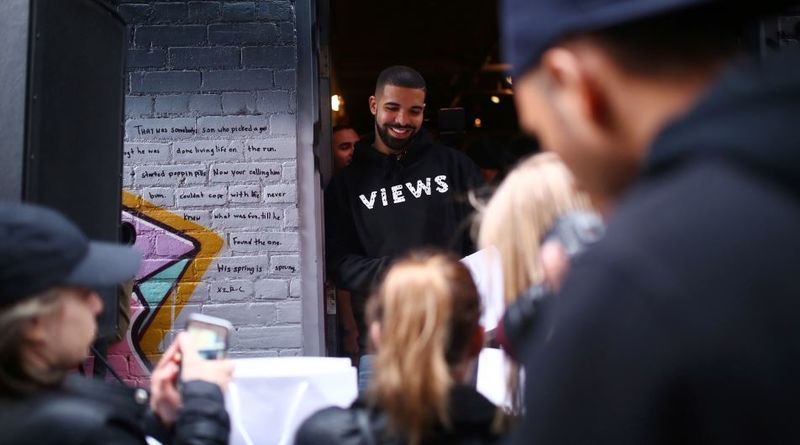 Jana Pijak — April 27, 2016 — Pop Culture
References: cp24
Following in the footsteps of Kanye West -- whose Life of Pablo NYC pop-up was a hit among fans -- Drake opened his own promotional activation in Toronto this past weekend.

Celebrating his VIEWS album release, the Canadian rapper hosted the impromptu pop-up at Graffiti Alley, situated in the heart of the city's Queen Street neighborhood.

The spontaneous pop-up had fans lined up for hours to get their hands on a limited edition Views t-shirt. A sweater matching the collectible tee was later sported by Drake who made an appearance at the venue, surprising fans. In addition to being a smart promotional tool for the star's OVO clothing label and his upcoming album release, this pop-up also spotlighted one of Toronto's most visited tourist destinations.
3.2
Score
Popularity
Activity
Freshness