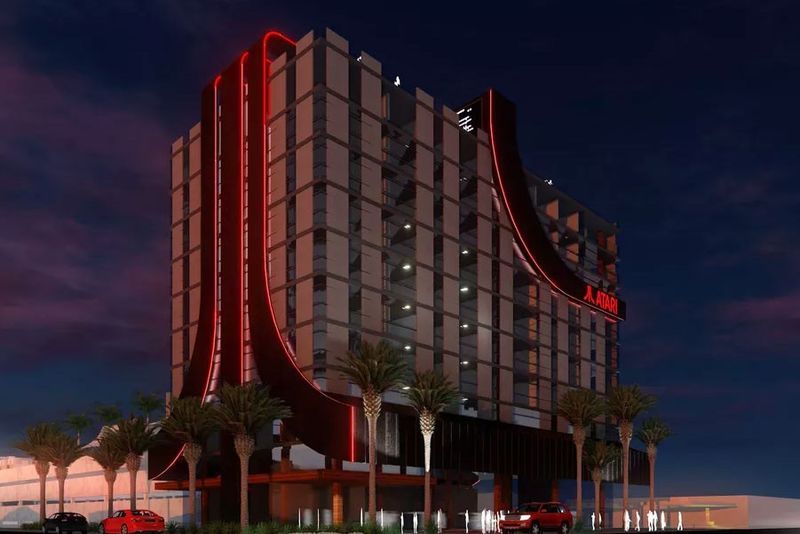 Daniel Johnson — January 28, 2020 — Business
References: hypebeast
Share on Facebook Share on Twitter Share on LinkedIn Share on Pinterest
Atari recently announced that it will create video game-themed hotels in the United States. The first location will be located in Phoenix and it will open later in 2020. Atari also indicated that the other hotels will be located in Las Vegas, Denver, Chicago Austin, Seattle, San Francisco, and San Jose.

The Phoenix location was designed by Shelly Murphy and Napoleon Smith III, from GSD Group. The video game-themed hotels will feature various VR and AR experiences, and will also be able to act as an esports venue. Napoleon Smith III spoke about the design of the hotel, “When creating this brand-new hotel concept, we knew that Atari would be the perfect way to give guests the ‘nostalgic and retro meets modern’ look and feel we were going for."