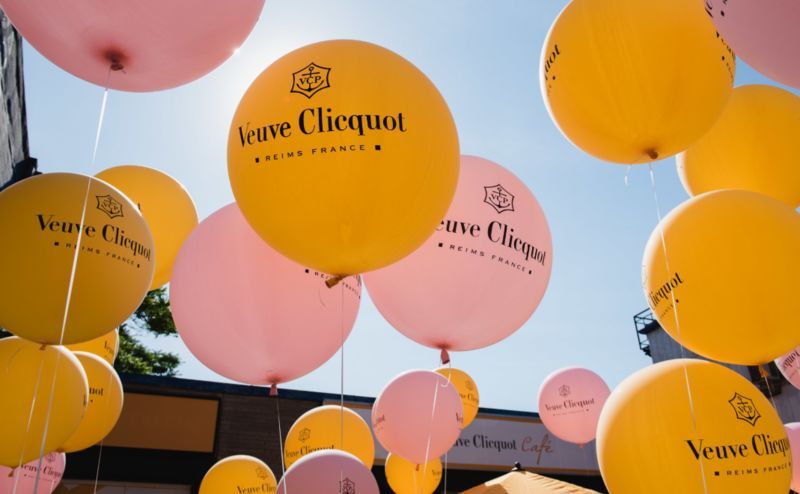 The vivid space is open and welcoming, inviting patrons to explore its tastefully branded modern furniture and decor, while experiencing the flavors of Veuve Clicquot's different champagnes. Throughout the four days that the pop-up is open to the public, Café Cliquot will host a number of unique events, including a class that teaches patrons how to amp up their entertaining skills, a yoga class in the courtyard, and a brunch.

In the day, patrons can shop at the pop-up while every night, a live DJ set will run from 8 until 11PM, transforming the space into an upscale nightclub. On the final day however, the closing party will kick off at 3PM.